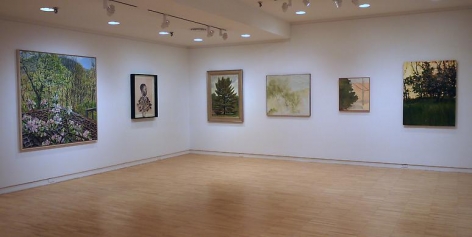 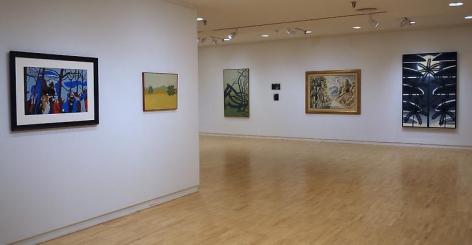 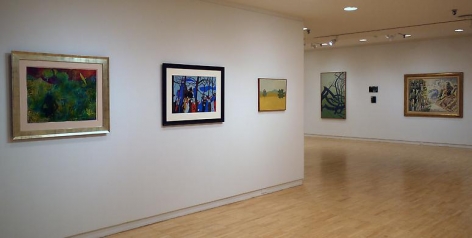 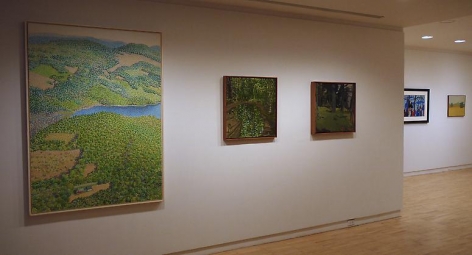 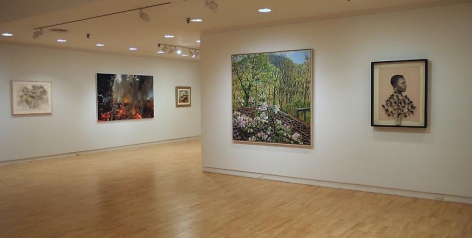 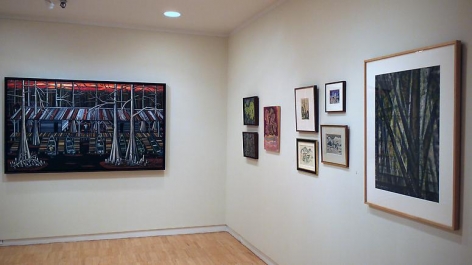 It is not so much for its beauty that the forest makes a claim upon men's hearts,
as for that subtle something, that quality of air that emanation from old trees,
that so wonderfully changes and renews a weary spirit. - Robert Louis Stevenson

DC Moore Gallery is pleased to announce the opening of Trees. This dynamic group of work comprises paintings and works on paper by thirty artists spanning 150 years.

Artists in this exhibition include:

Juxtaposing these diverse pictures reveals unexpected affinities between artists’ worldviews, methods of working, and individual styles. The trees rendered by Horace Pippin, Jacob Lawrence, and Roger Brown share the formal vocabulary of reductive, stylized geometry and bold color. Pippin’s Coming In boasts carefully rendered, bare branches silhouetted against a saturated blue sky. Painted in 1939, a year after his inclusion in the Masters of Popular Painting exhibition organized by the Museum of Modern Art, the work is emblematic of his flat patterning, tight compositions, and linear detail.Lawrence articulates trees similarly in The Swearing In, a painting commemorating President Jimmy Carter’s inauguration. Documenting a celebratory crowd on a chilly day not unlike January 20, 2009, spectators wave miniature flags, lift children onto shoulders, and perch on tree branches to improve their view.In Moon and Sumac, Roger Brown synthesizes the formal language of American Modernism and Folk Art, among other influences, to execute meticulously detailed Sumac branches with each leaf visible in the moonlight. The commanding aura of Brown’s tree is paralleled by the majestic presence of evergreens in Tree Alone, Vermont and Pine by a Road by Walt Kuhn. William Bannister similarly foregrounds the evocative beauty of a lone tree in Apple Trees in Meadow.Trees are a primary, long-term focus of the work of several other artists in this exhibition. The watercolors of Charles Burchfield demonstrate a lifelong fascination with the seasons and rhythms of nature. His trees, alternately ecstatic and sun-dappled, dejected and weather damaged, or ominous and rain-soaked, personify the mood of nature.The practices of Sylvia Plimack Mangold and Katherine Bowling recall Burchfield’s ongoing interest in his immediate surroundings. For the past twenty years, Plimack Mangold has made the maple and pin oak trees on her property in Washingtonville, New York the central motifs of her oeuvre. Bowling is equally close to her subject matter, consistently depicting the landscape surrounding her home in the Catskill Mountains.As seen through the bird’s eye view of Yvonne Jacquette’s early painting, Lawry Pond Basin, or perceived from the interior of the forest in work by David Driskell, trees mediate our relationship to the landscape by communicating scale, defining the horizon line, and marking distance. Though trees lend themselves to innumerable aesthetic interpretations, those featured in the works in this show are remarkable for more than their breathtaking beauty. As articulated by Robert Louis Stevenson, the appeal of these trees, and indeed these paintings, lies in the atmosphere they create and their effect on our spirits.