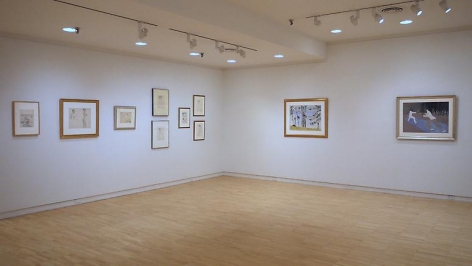 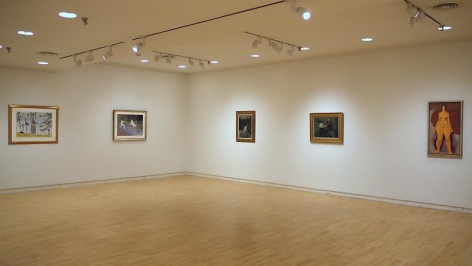 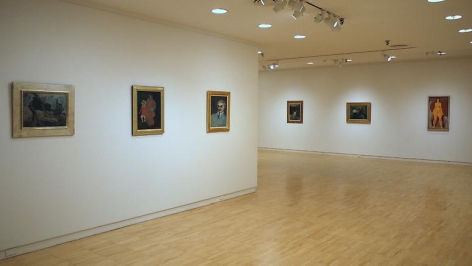 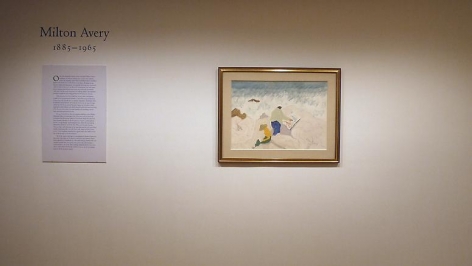 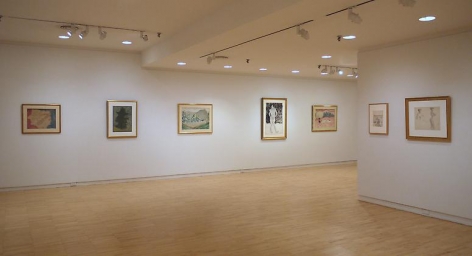 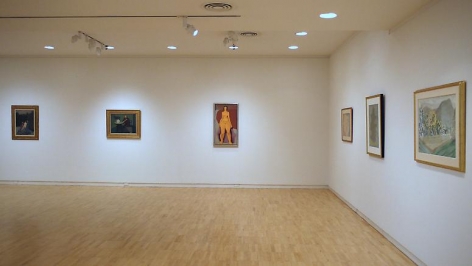 “A blank canvas is a thing of beauty. The challenge is to cover it and still retain that radiance.” - Milton Avery

“There have been several others in our generation who have celebrated the world around them, but none with that inevitability where the poetry penetrated every pore of the canvas to the very last touch of the brush. For Avery was a great poet-inventor who had invented sonorities never seen nor heard before. From these we have learned much and will learn more for a long time to come.” - Mark Rothko

DC Moore Gallery is pleased to announce the opening of Milton Avery (1885 -1965). This exhibition brings together a number of important oil paintings, watercolors, and drawings spanning the last four decades of the artist’s career.

Only a few twentieth century artists can match Milton Avery’s singularity of purpose and devotion to his personal aesthetic vision. By the 1940s, his signature, pared-down modernism blended simplified figures and natural forms with abstract tonal planes. His remarkable color sense, and his chromatic harmonies of striking subtlety and invention, provided a model for succeeding generations of American colorists. Mark Rothko and Adolph Gottlieb are among the many artists who acknowledged a profound debt to Avery and his work.

Avery is a unique figure in mid-twentieth century American art. As Barbara Haskell observes in the monograph accompanying the Whitney Museum’s 1982 exhibition, “Avery combined an engagement with purely aesthetic issues with a loyalty to the observed motif. In doing so, he bridged the gap between realist and abstract art. That he initially did this in the twenties and thirties, when subject matter and ‘realist’ painting were paramount and, later, in the forties and fifties, when they were suspect, attests to the independence of vision which he sustained throughout his life.... His reluctance to position his work within the confines of a single style or rhetorical posture confounded critics and probably delayed the acknowledgment of his deserved place in the history of twentieth-century American art.”

Milton Avery was born in 1885 in Sand Bank, New York, the youngest of four children. He attended the Connecticut League of Art Students in Hartford from 1905 to 1918 and then studied at the Art Society in Hartford. Obliged to work from an early age, Avery was not able to fully devote himself to painting until moving to New York City in 1925 at the age of forty. He exhibited extensively during the 1930s, but began receiving critical attention after joining the Paul Rosenberg Gallery in 1943. His first one-person museum exhibition followed at the Phillips Memorial Gallery (now The Phillips Collection) in Washington, DC. The Whitney Museum of American Art presented retrospectives of Avery’s work in 1960 and again in 1982. The Brooklyn Museum of Art exhibited a retrospective in 1970. In 2001 and 2002, Milton Avery: The Late Paintings, organized by the American Federation of the Arts, traveled to the Milwaukee Art Museum in Wisconsin and the Norton Museum of Art in West Palm Beach, Florida.