Five Dollars and Under, 2019
Oil on panel in the artist's handmade frame
9 x 11 inches (frame) 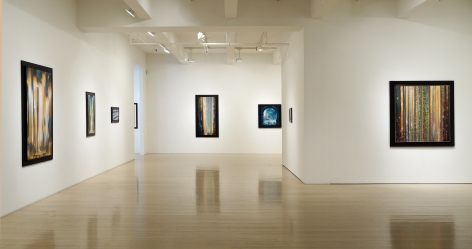 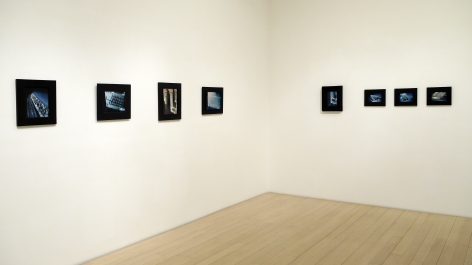 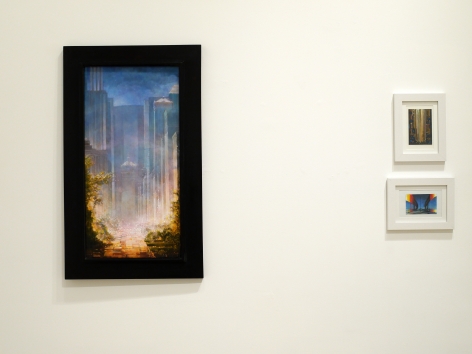 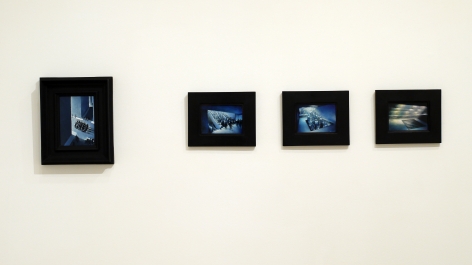 DC Moore Gallery is pleased to present an exhibition of new paintings by Mark Innerst, his fourth solo show with the gallery, and the first in four years.  Over the course of four decades, Innerst, who began his career among the Pictures generation artists, has made urban landscape painting, largely of New York City, a central focus of his work. In the more than 25 paintings shown here, two fresh approaches to this subject dominate.

In several paintings Innerst looks at urban gathering spaces, such as transit hubs and grand public halls, to explore the ordered chaos of city life. Met Museum Interior, for instance, is able to maintain the same sense of architectural immensity familiar from his urban landscapes, while incorporating a close examination to the movement of contained crowds. Platform and Transfer Downtown, both depicting New York City subway stations, likewise find balance between still grandeur and hectic movement. Though the people in these two works are seen more directly, the lack of facial features and distinct bodies reflects the isolation felt in densely populated public spaces. This sense of stillness amid the bustle is heightened by Innerst’s use of uncanny vantage points in constructing his cinematic compositions. The works present a frozen moment.

Another new body of work shows an evolution in the artist’s examination of opulent city facades. Wondrous buildings towering above the minimized streets seem to be made of cascading liquid light. The city is both colossal and dazzling. In some paintings, Innerst draws on pointillist technique in compose the thickly populated sidewalks. The crowds are represented by a mass of dotted colors, richer in contrast towards the foreground and then continuing to stream through the picture plane. The perspective and subtle hints of architecture in the far distance suggest a city without end.

Christopher Knight of the Los Angeles Times writes of Innerst’s work that, "The seductive, eye-popping glamour of the city hums as a roaring engine of solitude.”

Mark Innerst lives and works in Philadelphia, Pennsylvania, and Cape May, New Jersey. His work is in the permanent collections of the Museum of Modern Art, The Metropolitan Museum of Art, Solomon R. Guggenheim Museum, The Brooklyn Museum, The Museum of Contemporary Art, San Diego, and The Albright-Knox Art Gallery, among others.