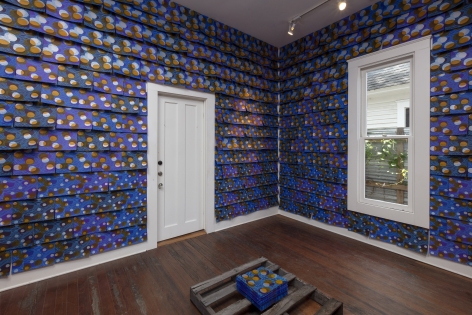 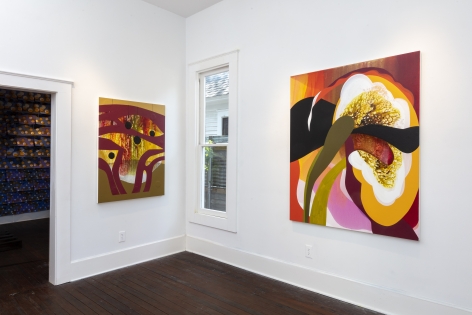 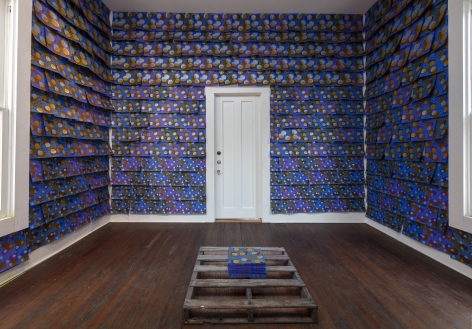 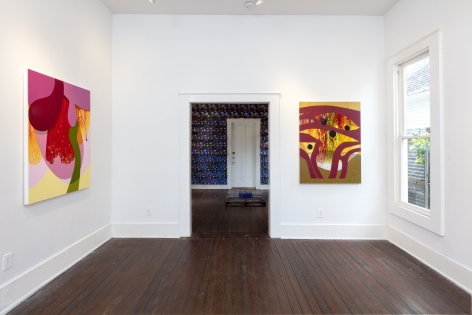 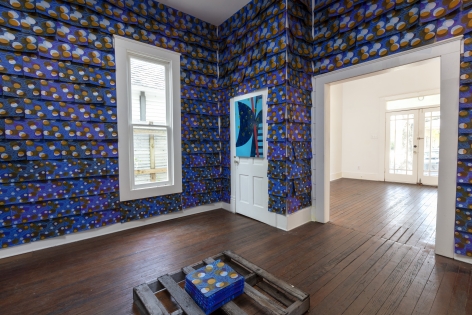 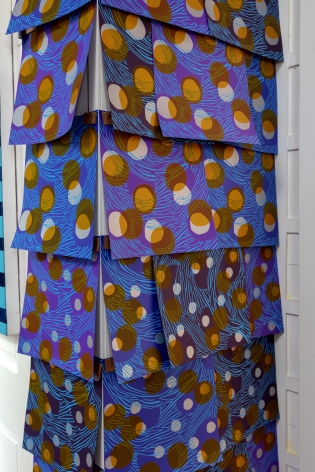 For her One Night Only celebration, Moyer's new work continues to expand upon her sensual and cerebral visual language. Saturated hues, enchanted surfaces and the overt aesthetic beauty of Carrie’s paintings act as a subversive entry point to her broader task of “queering” the history of American Abstraction.

Moyer will also debut a site specific ephemeral installation. The work will offer friends a take away piece by the artist, echoing the free pamphlets dispersed by Dyke Action Machine (DAM!), the radical, queer activist project which Moyer co-founded. This is the artist’s first solo show in Texas. Carrie Moyer will be in attendance.

One Night Only is a national curatorial project by artist Arthur Peña.

Previous One Night Only celebrations include Nicole Eisenman (NY) and Jay Stuckey (LA).

One Night Only currently resides in a historic, private residence in Dallas, TX and is an inclusive endeavor during divisive times.

Carrie Moyer’s work has been exhibited widely in both the United States and Europe. Her paintings were featured in the 2017 Whitney Biennial Exhibition with solo museum shows including her traveling exhibition, Carrie Moyer: Pirate Jenny (2013); and Interstellar, at the Worcester Art Museum, MA (2012). Moyer has received awards from the Guggenheim and Joan Mitchell Foundations, Anonymous Was a Woman, and Creative Capital, among others. She is a Professor in the Art and Art History Department and Director of the Graduate Program at Hunter College and Vice Chair of the Board of Governors at Skowhegan School of Painting and Sculpture in Maine. Carrie Moyer is represented by DC Moore Gallery. The artist lives and works in Brooklyn, NY.