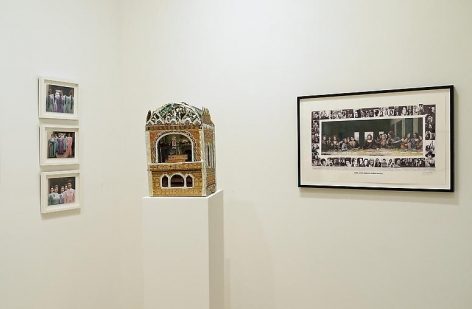 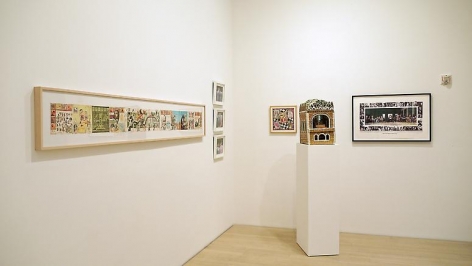 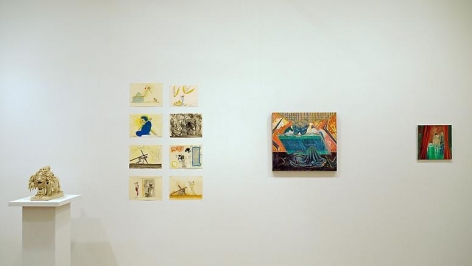 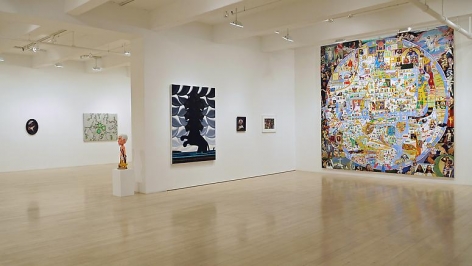 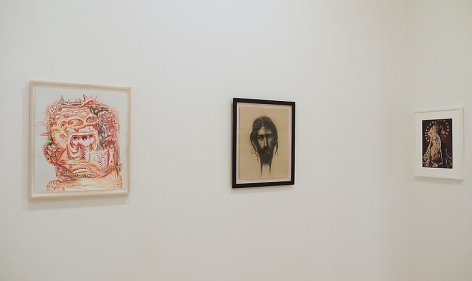 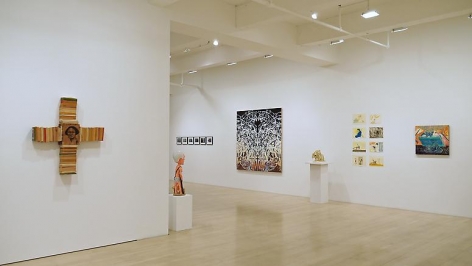 One of the undeniable attractions of contemporary art is its ability to pose uncomfortable questions and provoke disturbing answers. But what questions today elicit such a response? For decades, explicit sexuality raised red flags, but after years of culture wars and censorship battles, the power of these images may have been neutralized. What aggravates us now? Religion, a taboo subject in the art world, is a strong candidate. As our elders might say, "Let's not talk about it.” But this exhibition, Beasts of Revelation, does just that.

Religion is a serious matter in the United States: 83% of all Americans have a religious affiliation, and 78% of Americans identify themselves as Christian (the Pew Forum). Many political issues that might have been considered personal during another era have become rallying cries for various religious groups.

Even for secular audiences, religious images are everywhere, filling museums and saturating popular culture. Centuries of representations are imbedded in our psyches. So it is no surprise that virtually every major artist has been tempted, at some point, to engage with this giant visual inheritance.

During this election year, as the rhetoric around belief escalates, we would like to contribute to the cacophony by presenting “latter-day” incarnations of ancient icons—from Jesus of Nazareth himself, to Mary, Eve, and the seven-headed Beast of Blasphemy rising out of the sea in the hallucinogenic thirteenth chapter of The Book of Revelation. That image, a fantastical masterwork by the Chicago imagist Roger Brown, inspired the exhibition’s title. Another centerpiece is Joyce Kozloff’s JEEZ, a massive, sardonic altar of appropriated Christology. Other selections reach back in time to include unforgettable crucifixion drawings by Robert Smithson, as well as Mary Beth Edelson’s canonical Some Living American Women Artists/Last Supper.The focus of this exhibition is twenty-first century American (ir)religiosity with expressions that are alternately ambiguous, questioning, transgressive, and open-ended. They include representations of Christ in his proto-hippy handsomeness by Aaron Young, Carrie Moyer, and James Esber; Madonna stand-ins by Janine Antoni, Audrey Flack and Nina Katchadourian; images by LDS-raised artists Angela Ellsworth and Lane Twitchell, and a dozen more adaptations of Christian motifs by established and emerging voices, from Chris Hammerlein’s Whore of Babylon to Dana Frankfort’s exclamatory, irreverent one-liner, a backwards rendition of the word “CHRIST.” In dozens of different voices, images like these testify to Christianity's insidious aquifer of metaphorical power.

Download PDF
The New York Times: 'Beasts of Revelation' by Ken Johnson
Back To Top