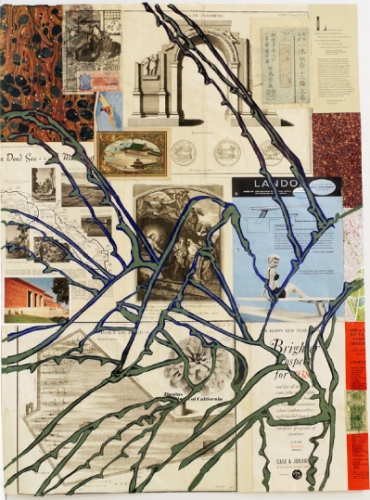 8/ ART GALLERY/ Tomio Koyama Gallery is pleased to present "A Mist of Unknowing," a solo show by an American contemporary artist, Robert Kushner.

Robert Kushner has gained much international recognition as one of the leading figures of the Pattern and Decoration Movement that began in New York in the late 1970s. He has established his idiosyncratic world where an aesthetic sense of West and East overlaps through the influences from European textiles, Fauvism's freewheeling line which is exemplified by Henri Matisse, as well as Rinpa's decorativeness. Kushner's work combines rich colors with botanical forms depicted through freely painted organic lines, and abstracted geometric forms. His work harbors a deeply sensitive compassion toward living things amidst the bold and bright colors that tenaciously entice the viewer. This exhibition features the artist's recent works since 2010, which include botanical drawings on collages comprising pages from 19th Century lady's magazines, dictionaries and Japanese woodblock books. The flowers and leaves upon these nostalgic materials, invite us to a timeless mist of unknowing.

Robert Kushner was born in Pasadena, California in 1937. He currently lives and works in New York. Kushner's work has been exhibited throughout the world including his solo exhibition at the Whitney Museum in NY in 1984, and being featured twice at the Venice Biennale. In Japan, he took part in a group show with Hiroshi Senju at Hiroshima Prefectural Art Museum (1997), and a solo exhibition of his works was held at Hakusasonso Hashimoto Kansetsu Garden & Museum (Kyoto, 2015). Kushner has also created large-scale murals for public spaces. In 2004, he installed two monumental mosaic murals at the 77th Street and Lexington Avenue subway station. His works are included in public collections in over 40 museums in the world such as, The Museum of Modern Art, The Metropolitan Museum of Art, The National Gallery of Art, National Gallery of Australia, Tate Gallery in United Kingdom, and The Uffizi Gallery in Italy. 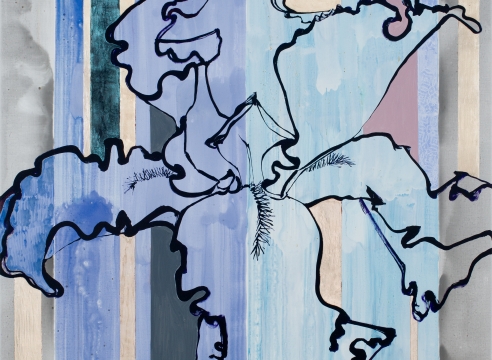