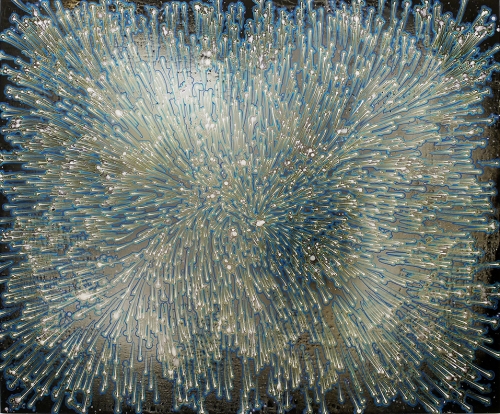 The Neuberger Museum of Art is excited to produce its next commissioned public project for SPACE | 42—Barbara Takenaga: Outburst, a large-scale mural based on one of the artist’s exuberant abstract paintings translated into an immersive digital print. According to Takenaga, her work “depicts possibilities that are both abstract and narrative.” These include, “imagined landscapes, microscopic views, stylized architecture, mathematical diagrams, and ‘spacescapes.’” In Takenaga’s work, there is often a sense of waiting, anticipation, or dread, as big shapes loom on the horizon, float overhead, fold or explode. Throughout, natural phenomena are often used as metaphors for the comic, cosmic, or catastrophic. 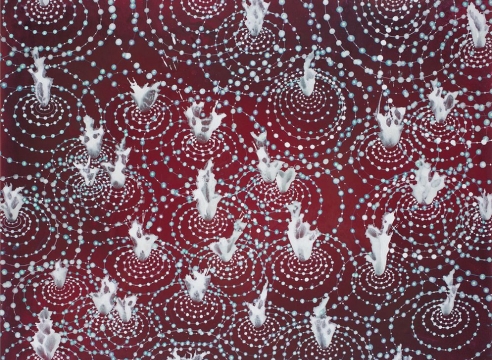