Jane Wilson’s landscape paintings are meditations on time, place, weather, memory, experience and perception. Showing extraordinary skies anchored by low, horizontal planes of land and ocean, and drawing on sources as diverse as French Impressionism, Dutch landscape painting, and Abstract Expressionism, each painting resonates with Wilson's own deeply individual language, educating the eye to see in different, more perceptive ways. A color catalogue with an essay by Betsy Rogers accompanies the exhibition.

“The painting I do is the only way I have to catch something that is constantly changing,” Wilson has commented. “To capture experience. Light has a physical presence, but at the same time it’s fused into this magnetic experience of sky, which is totally elusive. So there’s a metaphorical element to this practice -- the constant challenge of trying to capture something that can’t be captured.” Wilson continues, “My landscapes are not painted on-site or from photographs. They come out of my mind...out of my bones, really. I seek to capture what it feels like to be there, on a strip of land or sand. I move into a kind of recall about season, climate, time of day.”

Wilson's paintings are created in her Water Mill, Long Island and New York City studios, as she draws upon recalled sensations and experiences rather than direct observation. She does not begin with preconceived notions of what the final image will be but instead proceeds intuitively. Working downward from the top of the canvas, using a limited range of colors, Wilson adds layer upon layer of pigment, a technique that provides extraordinary translucence and resonance. Stripped of extraneous detail, the paintings present low, thin, mostly horizontal planes of land and ocean, which seem to breathe upwards into the atmosphere. Ultimately the works reveal more about the state of mind of the artist than they do about any actual geographical or meteorological phenomena.

“What I find so remarkable about confronting these paintings in the twenty-first century is their elegiac quality,” observes Whitney Museum curator Elizabeth Sussman. “They recall the poetic sensibilities of mid-century, when syntax was kept simple, when renditions of views of land and sky or of ordinary life could be both benevolent and metaphysical, redolent of the vagaries and complexities of the everyday. Simultaneously, and perhaps more relevant to today’s painters, we are lost, without perspective, in the atmosphere of Wilson’s paintings. The spectator is an observer, a navigator; the destination is drifting, like the clouds, changing, like the weather.”

Jane Wilson was born in 1924 in the flat farm country of southwestern Iowa. She earned an MA in painting from the University of Iowa before moving to New York City in 1949. Her first solo exhibition took place in 1953, as a charter member of the legendary Hansa Gallery. Since that time, her work has been the subject of over fifty solo exhibitions throughout the country, more than thirty of them in New York City. Wilson is represented in many major private and corporate collections and is in the permanent collections of the Metropolitan Museum of Art, the Museum of Modern Art, the Whitney Museum of American Art, the Hirshhorn Museum of Art and Sculpture Garden, the Nelson-Atkins Museum in Kansas City, Missouri, the Pennsylvania Academy of Fine Art, and the San Francisco Museum of Modern Art. A member of the American Academy of Arts and Letters, Wilson makes her home in New York City and Water Mill, Long Island. She is married to writer and photographer John Gruen.“What I’m aiming for are moments of strong sensation,” Wilson explains, “Moments of total physical experience of landscape, when the weather just reaches out and sucks you in. And the challenge of trying to trigger those moments with pigments of ground-up earth. When you think about it, it’s really very mysterious.” 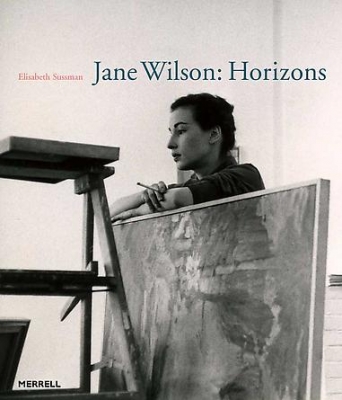 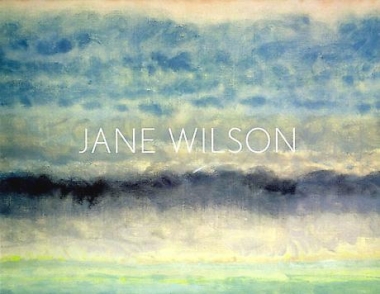 Jane Wilson
Back To Top