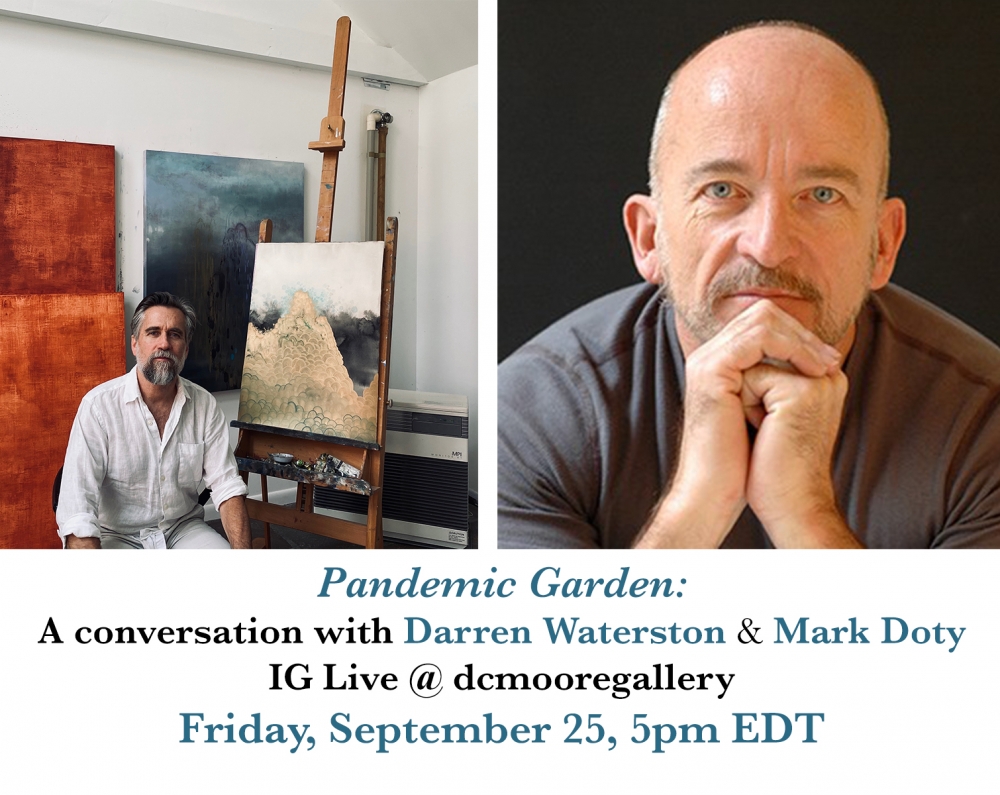 Mark Doty is the author of more than ten volumes of poetry and three memoirs. His many honors include the National Book Award, the National Book Critics Circle Award, the PEN/Martha Albrand Award for First Nonfiction, the Los Angeles TimesBook Prize, a Whiting Writers' Award, a Lila Wallace-Reader's Digest Writers' Award, and, in the UK, the T.S. Eliot Prize. His most recent publication What Is the Grass: Walt Whitman in My Life, was published this year. Previously, he and Waterston collaborated on the publication A Swarm, A Flock, A Host: A Compendium of Creatures (2013) and the two are set to collaborate on the forthcoming exhibition Congregation of Tears.