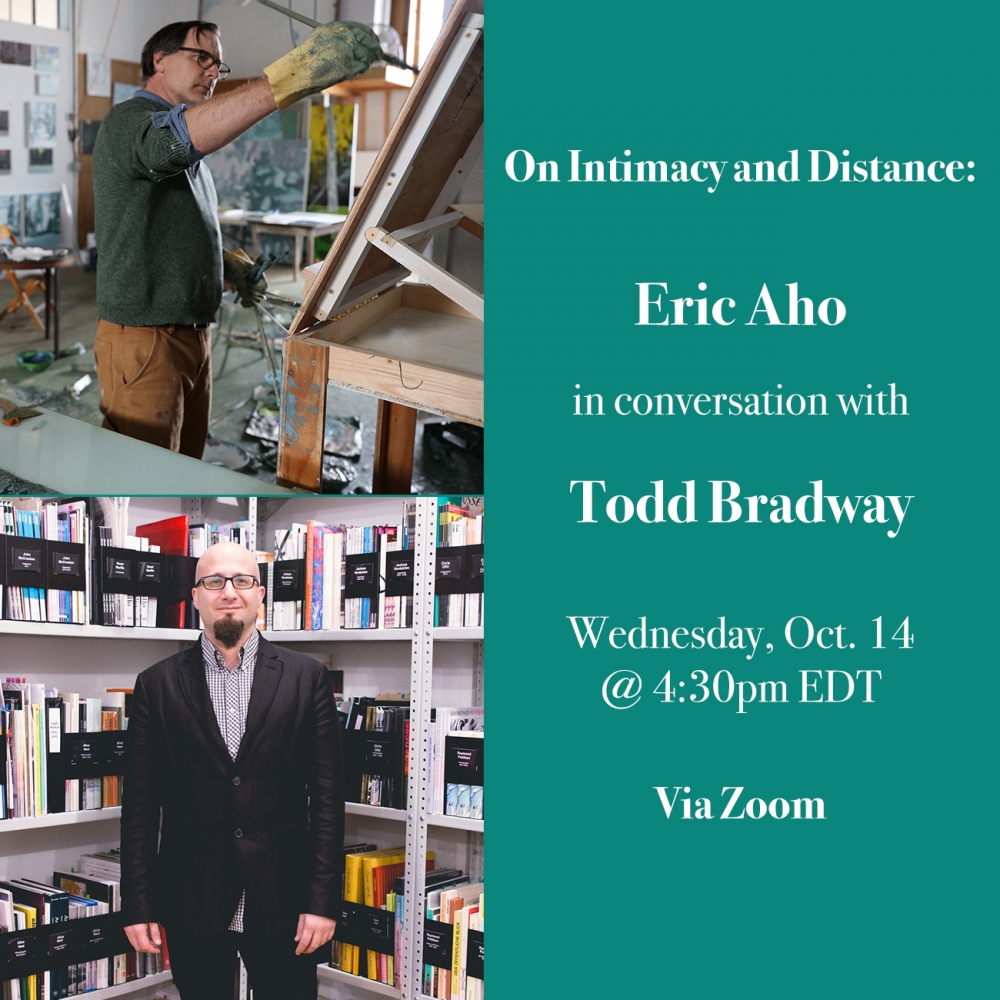 Todd Bradway is an artist and book editor based in New York. He was the editor of the survey Landscape Painting Now (2019) which was co-published by D.A.P. and Thames & Hudson. He was formerly director of title acquisitions at D.A.P., where he worked for over twenty years, and more recently director of publishing at David Zwirner Books.

Eric Aho is an American artist whose paintings are equally concerned with the physical immensity and intimacy of the natural world as much as with an ever-evolving process of extract-ing spiritual experiences discovered within it. Recent solo exhibitions include Eric Aho New Britain Museum of American Art, CT (2016); Eric Aho: Ice Cuts Hood Museum, Hanover, NH (2016); Eric Aho: In the Landscape Federal Reserve Board, Washington, DC (2013); and Transcending Nature: Paintings by Eric Aho Currier Museum of Art, Manchester, NH (2012). The artist lives and works in Saxtons River, VT.

To Register for this Zoom Webinar
Back To Top