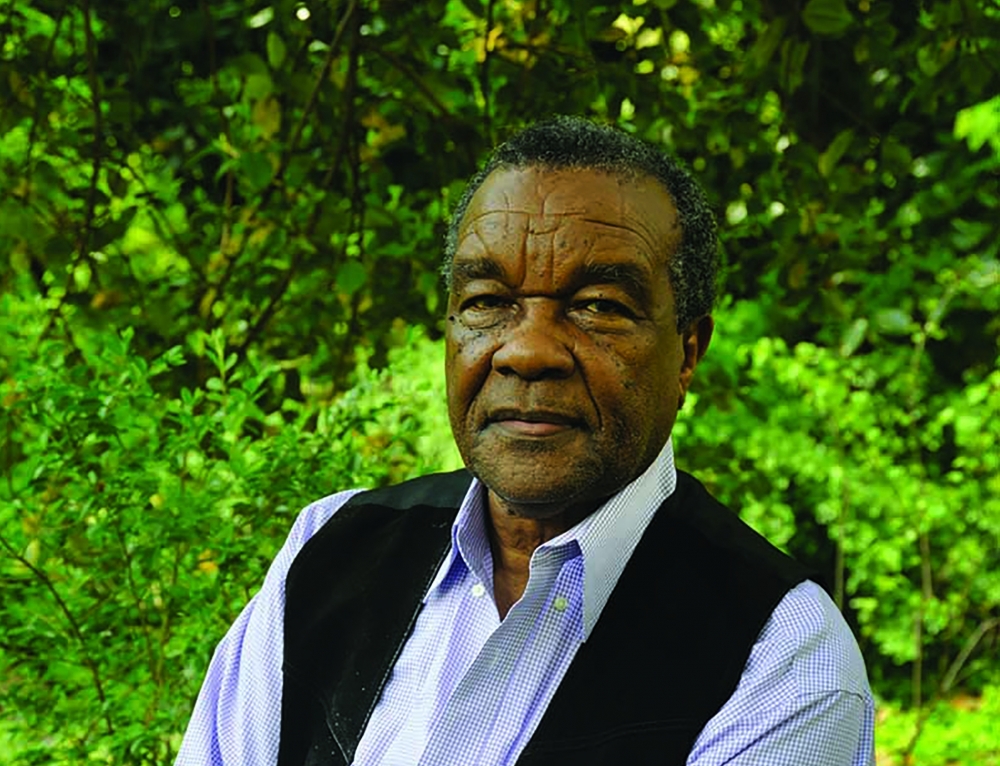 David Driskell died April 1, 2020 in the late afternoon in a hospital outside of Hyattsville, MD, where he lived with his wife, Thelma Driskell. The cause was double pneumonia due to complications of the coronavirus.

This is a profound loss to so many, as Dr. Driskell was an artist, curator, and scholar whose work over six decades has influenced the public and generations of other artists, historians, and curators. Dr. Driskell was one of the world’s authorities on the subject of African American Art, a teacher of great renown, and an artist of immense depth and passion. His contributions have changed the way we think about American art; his paintings and collages unite a strong modernist impulse with his personal vision and memory.

A retrospective of his work is to be shown at the High Museum in Atlanta, GA, the Portland Museum of Art, ME, and The Phillips Collection, Washington, DC, in 2021.

John Yau wrote in 2019: “Driskell is that increasingly rare artist: he is committed to making art that demands our engagement, so that we look and look again, as well as ponder our experience after seeing it. Never one to be didactic, entertaining, or fashionable, he is interested in knowledge and the kinds of seeing we experience, from the visible to the invisible.”

David Driskell joined DC Moore Gallery in 1995, where his most recent exhibition, David Driskell: Resonance, Paintings 1965-2002, was shown in 2019. All of us at DC Moore have been graced by David’s generous spirit, affirmation of life, wisdom, and force of his convictions. David’s art, words, and actions were intertwined, inseparable, and inspirational to us in our daily lives and interactions with others.

Driskell was born the son of a minister in 1931 in Eatonton, Georgia, and was educated at Howard University. He attended the Skowhegan School of Painting and Sculpture in 1953 in Skowhegan, Maine, and maintained a lifelong relationship with the school, serving as visiting faculty, lecturer, and board member. He received an MFA in 1961 from Catholic University, in Washington, DC. His pioneering scholarship underpins the current field of African American art history. In 1977, after having taught at Howard and Fisk Universities, Driskell joined the Department of Art at the University of Maryland, where he remained until his retirement in 1998. In 2001, the David C. Driskell Center for the Study of the Visual Arts and Culture of African Americans and the African Diaspora opened at the University of Maryland in College Park.

In 2005, the High Museum in Atlanta, Georgia, established the prestigious David C. Driskell Prize to celebrate David Driskell’s legacy as an artist and art historian, an honor given each year to an Artist or Scholar who makes an original and important contribution to the visual arts and study of African American Art.