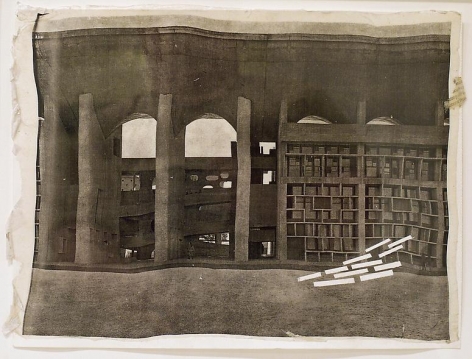 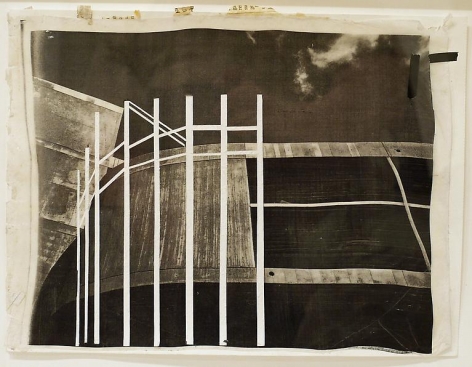 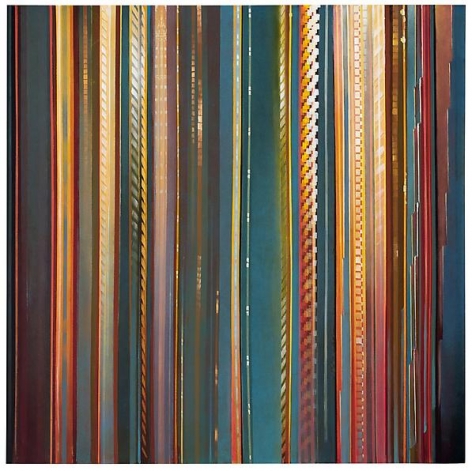 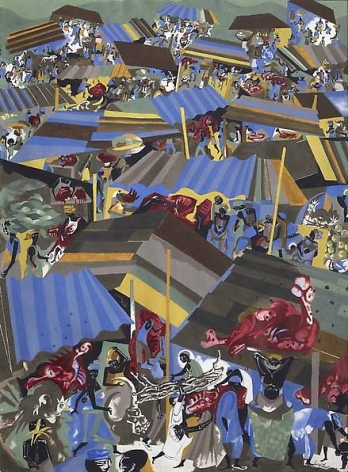 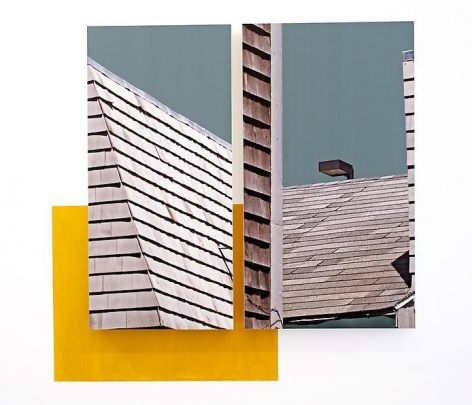 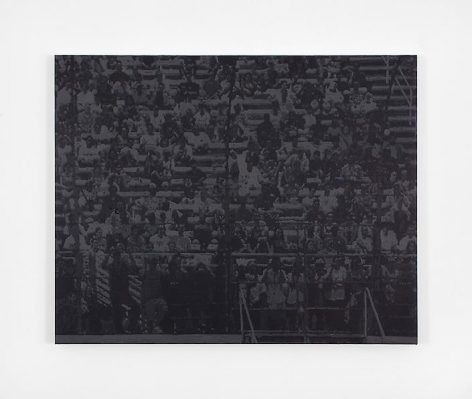 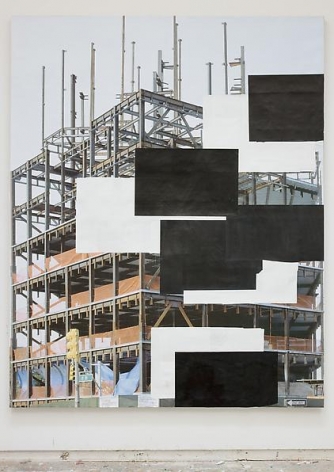 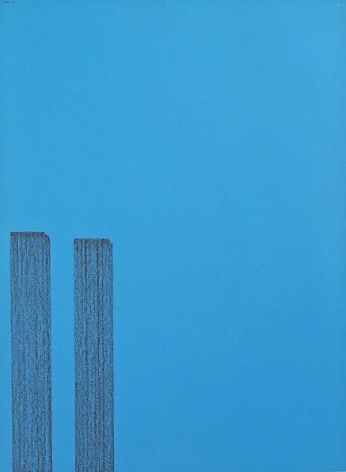 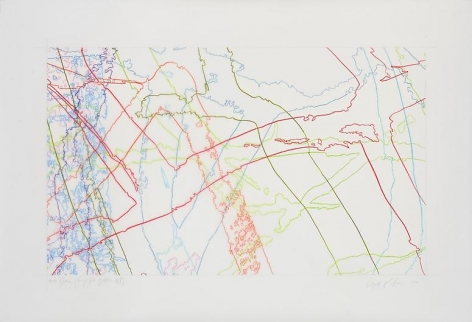 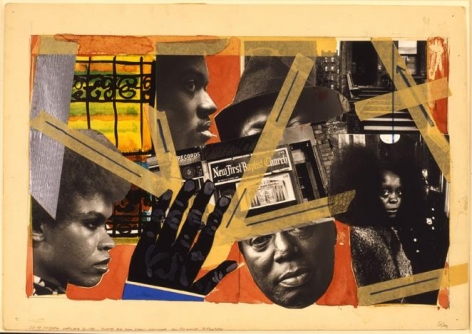 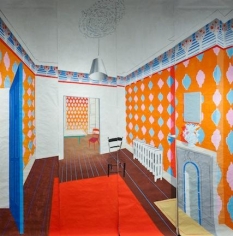 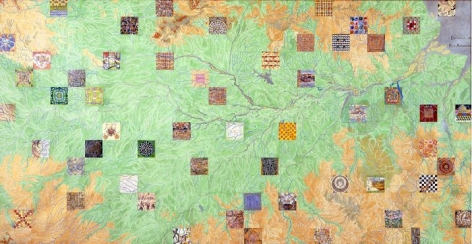 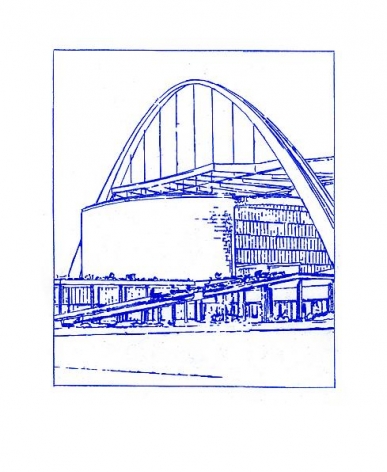 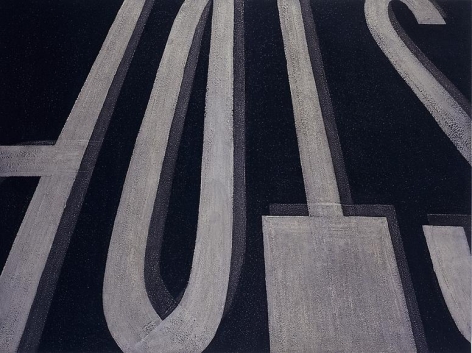 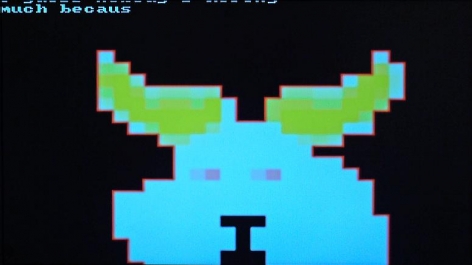 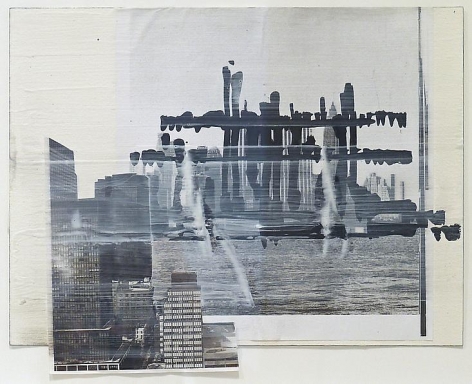 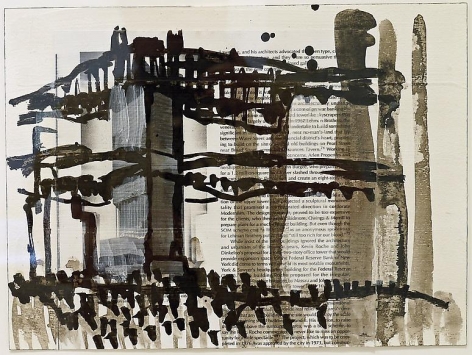 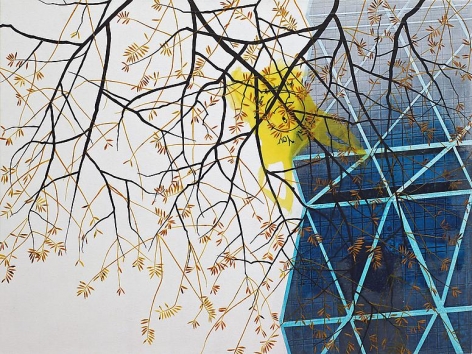 This group exhibition takes its title from Joni Mitchell’s famous song “Big Yellow Taxi.” But unlike Mitchell’s definitive environmental anthem, this show explores the ways in which race, sex and age inform our interactions with our urban environments. Have we paved over paradise or created a vertical heaven? Modern cities are in constant flux, simultaneously idealized and vilified. As technology’s pace accelerates, exponentially improving our living standards or interfering with nature’s rhythms, it is clear that each new generation will exist in a city more complex and intense than the last. This multiplicity of experience is reflected in artistic practice.

For Romare Bearden, the city symbolized intellectual freedom. Bearden’s collage 100th Street Harlem Blues celebrates a musical heritage of which he was proud and his Harlem community, which provided “connection, communication and mentorship.” Meat Market was painted during one of Jacob Lawrence’s trips to Nigeria. Lawrence was impressed by the city market’s visual richness and inventiveness.

In works such as Times Square Triptych II, Yvonne Jacquette paints with an exuberance that celebrates the vibrant pace of her adopted hometown. She joyfully brings to life the raucous midpoint of New York and symbol of American spirit. Eschewing the Minimalist movement of his day for a different sort of honesty, Rackstraw Downes’ method is simply to translate what he sees onto canvas. George Washington Carver Houses, 102nd Street between Park and Madison is a clear impression of the artist’s observations. Like Downes, Robert Mozkowitz’s work developed out of a minimalist point of view coupled with a return to figuration. His spare drawings of the World Trade Center were painted in the hopeful years pre-9/11, before the towers became icons symbolizing the advent of a generation raised on technology and terrorism. Mark Innerst’s soaring skyscrapers venerate the New York skyline, capturing the city’s penetrating impact.

Joyce Kozloff, an originating figure of the pattern and decoration movement, was deeply involved in the feminist movement of the 1970s. New York was central to the movement, and Kozloff’s work reflects its objectives and the artist’s perceptive take on power, culture and conquest. Like Kozloff, Ann Agee challenges the hierarchy of materials. Orange Room 2, a recreation of her Brooklyn living room on rolls of wallpaper, achieves an intentional sense of isolation and rejects the traditional notion that the decorative and fine arts are distinct.

The twentieth century has seen the definition of painting grow broader and broader. Painting as object rather than medium is a tell tale signifier of contemporary culture. James Hyde’s heroically scaled digital prints of construction sites, obscured with planes of color, underscore his generation’s placement at the collision point of pre- and post-computerization. Wayne Gonzales’ claustrophobic, tightly packed Waiting Crowd is, like much of his work, part of a series of serially changing subjects. Gonzales sees this subject as expressing “feelings of vulnerability,” from “excitement and anticipation to thoughts about democracy and the role of surveillance in contemporary society.” John Zinsser also works in series. His drawings After Le Corbusier Paris recreate from an admirer’s point of view the architect’s Utopian master plan for Paris, Ville Contemporaine. While Zinsser’s works on paper demonstrate an appreciation for the past, Ingrid Calame’s tracings chart the overlooked splatters, spills, or skid marks that layer city sidewalks and roads. These maps make time hold still while emphasizing the ephemeral quality of human action. Alexi Worth’s Stop, Stop obscures the message of pavement markings by turning them upside down. Not unlike Calame’s tracings, Worth’s paintings investigate the mundane things we pass by regularly and never notice. Ethan Ryman manipulates digital images and intentionally skews perspective. Ryman, like Calame and Worth, is interested in the concept of what, as he says, “is out there.” In Ryman’s hands, real places morph into beautiful abstractions.Katrín Sigurdardóttir’s drawings raise questions concerning how we distinguish between the contemporary and the historical and are based on the premise that reality is nothing more than a series of illusions. Ishmael Randall Weeks repurposes humble objects to create sculptures, installations, works on paper or images transferred onto aluminum sheets that examine issues of urbanization and development. Erik Benson’s Yellow Bag communicates the artist’s clear-eyed view of the intersections of the urban environment and nature. Mark Essen uses the medium of computer code like a paintbrush, extending the parameters of materials to acknowledge the heavy influence of the Computer Generation.Paved Paradise provides the opportunity to experience the subject of city through the eyes of artists of different generations, genders and races and the effects of alienation, prejudice, isolation, urbanization, utopianism, truth, and / or illusion.