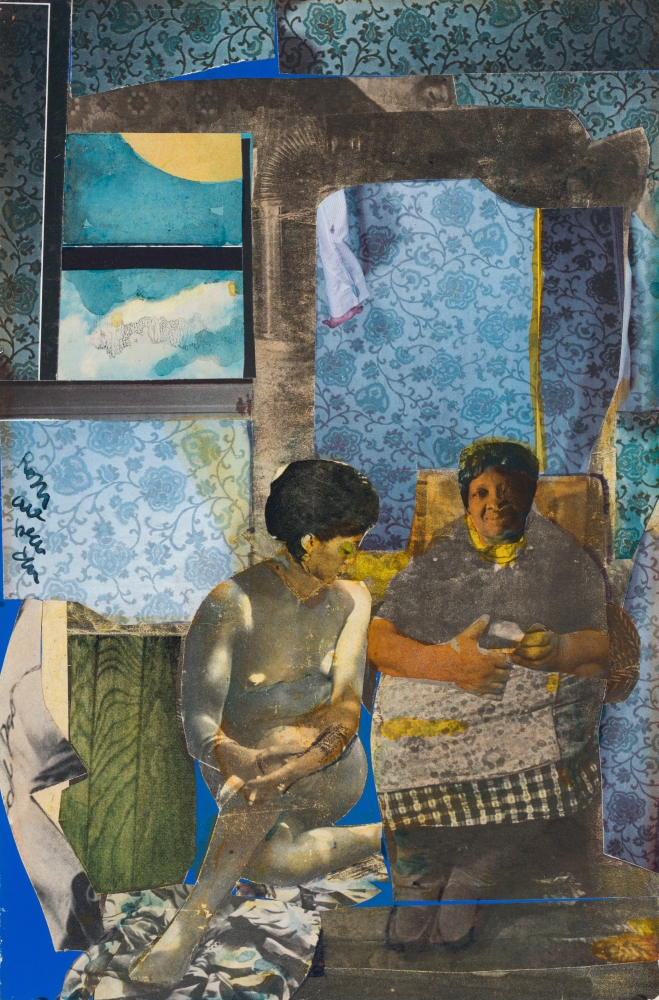 In 1978, Romare Bearden (American, 1911–1988) launched an autobiographical project organized by the decades of his life. The Profile series begins with Bearden’s earliest memories as a boy in North Carolina in the 1910s and concludes with his life as a young artist in Harlem in the early 1940s.

This exhibition draws its title from the 1977 New Yorker article that spurred Bearden to create the Profile series. Authored by Calvin Tomkins for the magazine’s “Profiles” section, the biographical essay, “Putting Something over Something Else,” was titled after Bearden’s own words describing the creative process. The experience of being interviewed for this article, and recounting moments stretching back to childhood, inspired Bearden to create his own word-and-picture elaborations on the decades of his life.

Bearden exhibited the Profile series at the Cordier & Ekstrom Gallery in New York—Part I in 1979 and Part II in 1981. For each collage, Bearden and his friend Albert Murray, an author and critic, co-wrote titles and short statements about people and places from Bearden’s past. When first exhibiting the works, Bearden hand-wrote these captions onto the gallery walls next to each collage, giving the “feeling of traveling through a personal diary,” as one reviewer described it.

We often understand our past as a series of events strung together, with beginnings, climactic moments, and conclusions. Bearden offers an alternative. With Profile, memories become singular events: a funeral, a comedy show, a neighbor gardening, a train ride at sunset. Bearden layers these separate moments, one on top of another, creating a collage, rather than a story, of his life.

“Something Over Something Else”: Romare Bearden’s Profile Series is the first reassembling of the Profile exhibitions. A majority of works in the series are brought together in their original order and exhibited with the text as Bearden first intended. 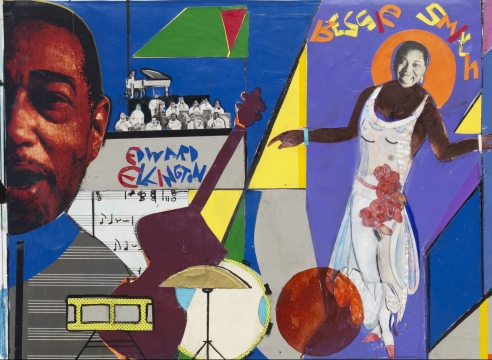