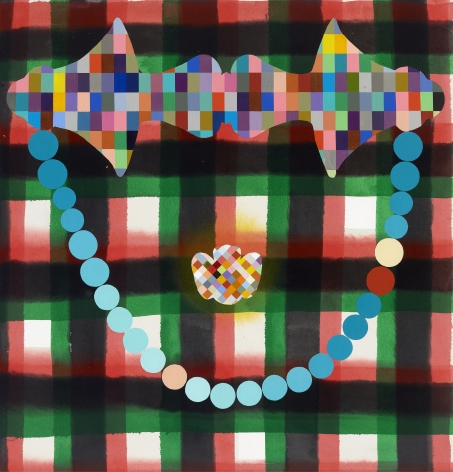 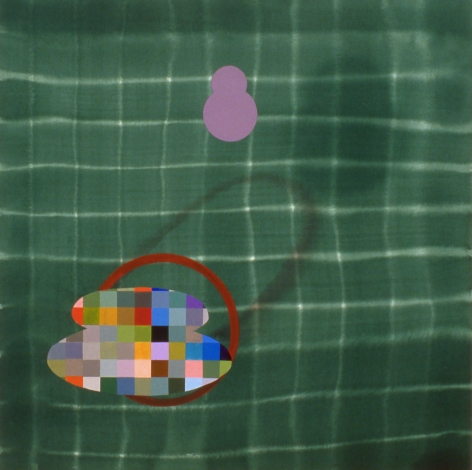 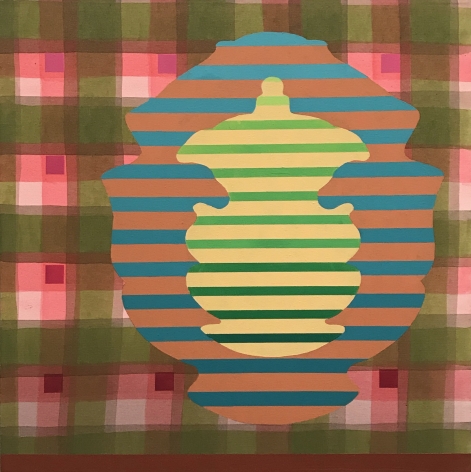 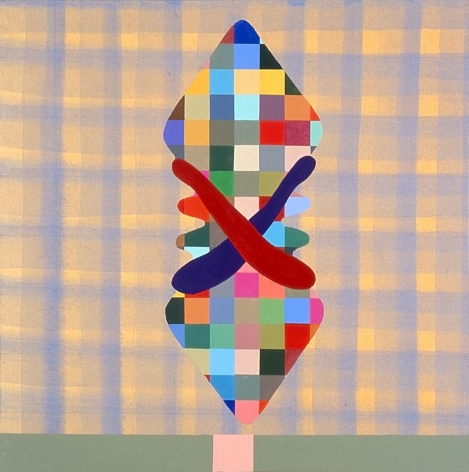 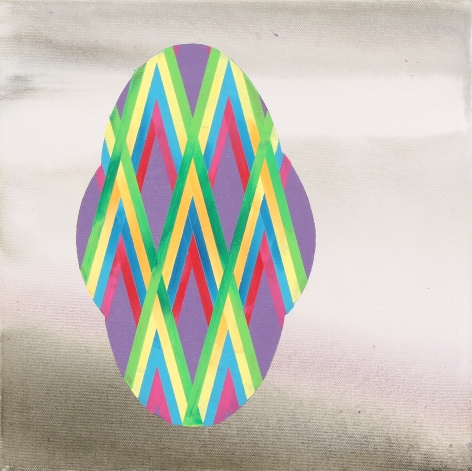 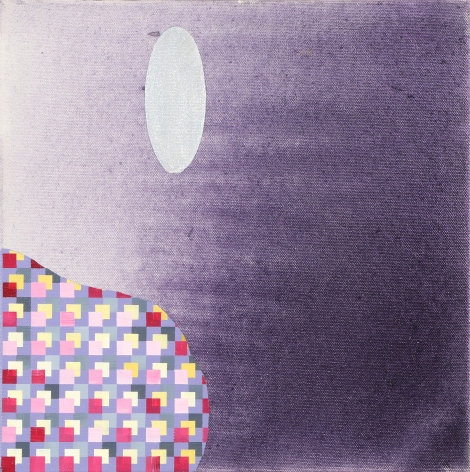 DC Moore Gallery is pleased to announce its representation of the Estate of Stephen Mueller (1947 – 2011) with the gallery’s first exhibition of the artist’s work, Stephen Mueller: Gateless Gate. The paintings on display, from the later years of Mueller’s career, are vibrant abstractions with symbolic forms. By uniting his modern experience with non-western spiritual traditions, Mueller produces cultural hybrids that invite the viewer to travel into another dimension of the artist’s own creative imagining.

Mueller (pronounced MYOO-ler) was born in 1947 in Norfolk, VA. He earned his B.F.A. at the University of Texas, Austin, then travelled to Bennington College for his M.A. When Mueller arrived at Bennington in 1969, the theories of Clement Greenberg and the Color Field painters who followed him continued to dominate the campus. At Bennington, Mueller absorbed the radiant palette and technical approach of Color Field painting, along with the strong conviction that the Greenbergian mantra of pure abstraction was not a theory to which he would subscribe. As a graduate student, Mueller was already exhibiting in New York City at the Richard Feigen Gallery, and so after graduating he moved to New York to pursue a budding career. In the late 1970s, Mueller came to be a part of the loosely-affiliated group of artists that would later be recognized as transformative to American abstract painting, including Mary Heilmann, Jonathan Lasker, Elizabeth Murray, Thomas Nozkowski, David Reed, Pat Steir, Gary Stephan and others who emerged in the wake of Minimalism, Pop Art, and Color Field as champions of subjective painting. Emerging from the Post-Minimalist world, Mueller’s work revels in exploring the limitless dimensions of the canvas, calling for attention that is long overdue.

The painting, Gateless Gate, 2000, from which the show derives its name, exemplifies Mueller’s enduring interest in studying religious traditions, in this case Zen Buddhism. The title of this painting is inspired by a thirteenth-century Chinese Buddhist text, “Gateless Barrier,” compiled by Wumen Huikai, the Chinese Zen master, whose name roughly translated to “no gate.” To quote the preface, written by Humon,

“The Great Way has no gate,
A thousand roads enter it.
When one passes through this gateless gate,
He freely walks between heaven and earth.”

Amongst the floating, abstract forms, a string of beads seemingly hover above the surface of the canvas. The perfect circular form of each bead is symbolic of the Buddhist meditation on harmony and the oneness of life. Gateless Gate is emblematic of Mueller’s plaid period, which began in 2000, seen in this simplified Tartan pattern. The unorthodox, bordering on outlandish, color scheme allows Mueller to create depth and illusion of space on the canvas.

Beppe, 2010, is filled with the characteristic delight that saturates Mueller’s work. The artist Carrie Moyer wrote in the essay to accompany Mueller’s recent exhibition at the Hunter College Art Gallery that Mueller’s joie de vivre and charisma enliven his work with a “cheeky tone, at times bordering on camp” (pg. 13). Within the sublime vista of this painting, Mueller has embedded free-floating forms with cross-cultural references that the viewer is challenged to unearth. The atmospheric washes of vivid sky blue and purpureus purple combine with the radiating clouds to create a reverie of brilliant, psychedelic colors. A distant sun can be seen beyond the parting clouds, one of a golden yellow and the other a dark stormy grey. The artist painted Beppe in the year before his premature death in 2011.

During his lifetime, Stephen Mueller had almost 50 solo exhibitions of his work in the United States, Europe, and Asia. Most recently in 2018, the Hunter College Art Galleries presented a comprehensive exhibition of Mueller’s work in the show Stephen Mueller: Orchidaceous. His work can be found in many public art collections, including The Whitney Museum of Art, The Brooklyn Museum, High Museum of Art, The Museum of Fine Arts, Houston, The Portland Museum of Art, and The Denver Museum of Art. During his life, Mueller was awarded numerous grants and coveted fellowships from highly respected foundations, such as the NEA, NYFA, the Gottlieb Foundation, The Guggenheim Foundation, the Pollock-Krasner Foundation, and others.

This exhibition runs concurrently with Robert Kushner: By My Window.

ARTnews in Brief
Back To Top